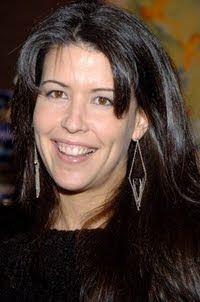 Oh my God I hope this bit of Hollywood speculation comes true. It seems Marvel Studios wants Patty Jenkins to direct Thor 2. Can I get an Amen and a Hallejulah? Dead Line reports that Marvel is in serious talks with the director, who recently helmed the epic AMC miniseries, The Killing. She is probably best known for directing Charlize Theron to her Oscar as serial killer Aileen Wuornos in 2003's Monster.

Female directors are few and far between with big Hollywood blockbuster films so for Marvel to even consider a woman for one of their cash cow super hero flicks is tremendous. This could open up a whole new level for the hero films, which have gotten decidedly stale. It will really create new opportunities for my director sisters out there. 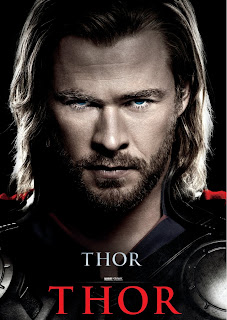 Kenneth Branagh, who directed the original released this past May, did a fantastic job of bringing the god-hero to life. I think Patty can give Thor that extra push that will take him to the level of Spiderman and Batman. The filming for Thor 2 is set to being in April with a release date for July of 2013.

What do you think? Will Patty Jenkins be a good fit for Thor 2? Is it about time women helmed some of the biggest movies in Hollywood? Or am I just high on Girl Power?
Posted by Unknown at 12:23 am

As long as she stays true to the source material, sure! Just rewatched Thor the other night - and on our 3D TV. Damn that movie rocked!

meh, I'm not sure about it. I've noticed shocked comments around the Net last week when the news was published. She directed only MONSTER and nothing else after that, except a few TV show episodes. Not sure what qualifies her for the blockbuster job, especially after Kenneth the great Branagh :)

I'd rather put you behind the helm, Melsy, if you let me stalk Hemsworth and Hiddleston at the set :)

@Alex That's a valid concern. I hope she does, too. Thor rocked! I'm just excited to see a woman get a chance at the job.

@Dez There are some men out there who have taken on jobs without having huge resumes. I do miss Kenneth, myself.

I would love to take the job and I would let you be the personal assistants for both Chris and Tom. I thank you for your faith my vision. ;)

yeah, who knows....if shes a true fan and doesnt try to alter the real stories. You know, make the villain Some oiled up dude with his shirt off... :)

@major mack I'm sure she'll stay true to the source material. No oiled up dudes. :)

I'm all for anyone directing who can do the job - and I'll post the results after I've seen the movie. Hero films getting stale? Are you making Captain America carry the load for that one? I thought this summer was a remarkably high quality season for superheroes - four times at bat (X-Men First Class; Thor; Green Lantern; Captain America) and only one apparent strikeout (GL - didn't see it) with three home runs! I think the doldrums might set in with the next round - whether lower rung heroes or sequels - but boy do I hope The Avengers knocks it out of the park!
But back to the subject of the post - Patty Jenkins will no doubt do a fine job is she does indeed have it. Thanks for the heads up, MB!

Thor will not become the blockbuster that Batman was. While it was a great movie, the character itself is not one of the flagships of the Marvel universe. I'd wager he will be great in The Avengers, but I doubt any sequels will do that great. I'd love to be surprised and proven wrong, of course.

As for the comic book movies going stale, I completely disagree. But I disagreed with your opinion of Captain America too, so...

@Craig LOL No, I'm not making CA carry the load. I meant stale in that except for X-Men, they are all about men both in front of and behind the camera. A step in the right direction is bringing more women into the superhero realm. Maybe if we get the power behind the camera, we can start telling superheroine stories.

@Eric I appreciate that we have such diverse opinions. I should have clarified myself in the post, but I did in Craig's comment above. I just want to see more variety in the type of hero and right now that means to me, more female involvement.

As long as she doesn't go all Iron Man 2 and make it some over bloated piece of crap, all for it. Or if she goes all Ratner and completly screw the pooch like X-men 3, that just be horrible.

@Pat Amen with IM2 and X3. But, as she stuck close with the material for Monster, I think she'll do the same with Marvel's vision and source material.

A woman directing a superhero movie? Yes, please. Let's face it, superhero movies are great, but Kick-Ass aside, they've been really lacking in the female character department. They're all some Mary Sue or Mary Jane or whatever you want to call her. I'm not married to the Thor source material, so I'm all about this!

@M Can I get an Amen? Thank you! I love superheros, but dear God give us some strong females. I hate watching the women be sidekicks and damsels in distress. I hope she gets the film and we get to see a true partner to Thor, not another weak woman to be rescued from her stupidity. Though I have to say that Brannagh did a promising job with Jane Foster in this first film. That needs to continue for sure.