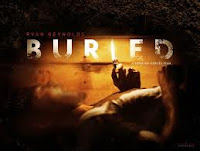 Today’s Trick or Treat Week post is on two movies that are quite popular at the cinema this week, Buried and Paranormal Activity 2. While very excited to see both today (yes I sat through two movies at the cinema which cost me a small fortune!) which one will rank as the Trick or Treat?
Read full story
Posted by Dempsey Sanders at 11:56 pm 8 comments

I really liked the original Lake Placid back in the day, to then be let down by one of the most boring sequels ever with Lake Placid 2. When watching the trailer for its third outing I thought some faith might be restored in our B-movie monster croc flick, instead what I observed was a croc of sh*t.
Read full story
Posted by Dempsey Sanders at 11:57 pm 7 comments

Trick or Treat Week: The Tortured VS The Human Centipede

‘Tis the season to be frightened falala laaaa la Rahhhh rahh raaah!
Halloween is just over a week away, and to celebrate it, I will be posting a horror movie review every day (except for Sunday24th) with my personal opinions on what are tricks or treats to watch this holiday season.
I begin with two recent releases on DVD, Frozen and Nightmare On Elm Street 2010.
Read full story
Posted by Dempsey Sanders at 6:36 pm 11 comments 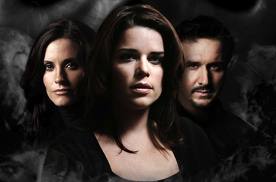 Read full story
Posted by Dempsey Sanders at 1:58 am 19 comments

Mel Gibson’s Hollywood career has certainly seen better days. The once worshipped actor has been involved in a torrent of accusations and bad publicity due to his outlandish remarks and his struggle with alcohol. And now being dropped from his talent agency, the 54 year old actor might be forced back into a franchise that made him a global superstar, another Lethal Weapon.


The opposite can be said for Bruce Willis who seems to go from strength to strength as an action icon, the now 55 year old actor wants to do a further two Die Hard movies, and not only adding further sequels to a still popular franchise but even announcing his involvement in the inevitable Expendables sequel.

Read full story
Posted by Dempsey Sanders at 12:24 am 21 comments

The Dark Knight Sequel is now most certainly gathering momentum, Deadline.com is reporting that Warner Brothers and Director Christopher Nolan have signed Tom Hardy for an unspecified role in the upcoming sequel.

It was recently announced that Emma Stone of Superbad fame (who can also currently be seen in Easy A), has been cast in the role of Gwen Stacy in the new Spider-Man reboot. Stone will play alongside newcomer Andrew Garfield (The Social Network), who fills the shoe's of Peter Parker. True to the comics, Stone will be sporting blond hair for the role, as opposed to her usual red. Some may be asking, "What about Mary Jane?", and this is exactly why I am excited about this film. We can glean quite a bit about the plot of the film simply because the leading female character is Gwen Stacy!

Read full story
Posted by Dempsey Sanders at 12:05 am 16 comments

Not having much love for animation, and it certainly not being my choice of genre, my partner dragged me kicking and screaming to the nearest Odeon to watch this. And what’s more, I’m paying the premiere 3D ticket price for the both of us!…….Who’s distributing these 3D specs?…..DIOR?!

So I finally let all the bats free out of my wallet in an attempt to cheer myself up with a combo of nachos with extra cheese sauce to keep myself occupied while my better half (beginning to wonder) enjoys something ‘he thinks’ I’ll love.

Do you know what’s worse than paying for a movie you never wanted to see in the first place? Having your partner saying ‘I told you so’ all the way home!

Below are updates to my previous posts with new gossip on the Superman Reboot, the Dark Knight sequel and Scream 4

What was once expected to be Jonathan Nolan’s directional debut, the Superman movie reboot has Zack Snyder, director of Watchmen and 300, now confirmed as helming the project. He was Warner Brothers and Christopher Nolan’s (who is godfathering/producing the movie) top choice for the upcoming massively anticipated project and was originally attached to Superman Returns before Bryan Singer took over. Jonathan Nolan and David Goyer are writing the script to which Zack Snyder had apparently immediately fallen in love with.

Read full story
Posted by Dempsey Sanders at 11:41 am 14 comments