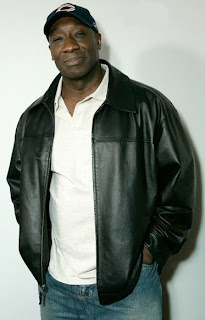 I was shocked and saddened to learn that awesome actor, Michael Clarke Duncan, passed away Monday morning, September 3, at the age of 54. He'd been hospitalized since July 13 with a heart ailment. With over 90 film, television and voice credits to his name, the former bodyguard turned actor was perhaps best known for his roles in The Green Mile, The Scorpion King, Daredevil, Sin City, Planet of the Apes and Armageddon.