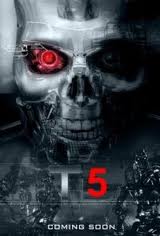 
﻿
﻿ However McG has never lost interest in the franchise and given the opportunity he would certainly come running back to the directors chair, who had previously shared some ideas he had on a 5th movie back in 2009 involving Robert Patrick (The liquid metal T-1000 Terminator from Judgement Day) returning to the franchise as a scientist inventing the T-1000 (using himself as the human interface we see in JD).

Also Sam Worthington, has stated on many occasions that he would love to reprise his role as Marcus Wright/Terminator, with Christian Bale (John Conner) also signing a sequel clause at the time of Salvation.


The 411...
With the possibility of new owners, and the last two movies being a far cry from the popularity of the James Cameron outings, many people would think, or should I say ‘fearing’ that a remake of the franchise is more likely.

Though I hate to admit I think a remake might be likely myself….NOT SO FAST! - Recent rumours would have you believe otherwise, especially now with the gossip that Arnold Schwarzenegger might be gunning for a 5th Terminator movie too. I’m inclined to believe it is just ‘gossip’ at the moment especially as the only confirmation is that he has tweeted he is officially back to acting,

Arnold did lend a face to his GGI’d appearance in Salvation and does love the project so anything is possible, though in what capacity he would occupy another movie is anyone’s guess - more CGI, or a Terminator that remains young on the inside and his human skin ages like any normal human?


Another rumour concerning the movie is that Justin Lin who overseen the last two instalments of The Fast and The Furious franchise is the one being considered to helm the new movie by Universal, and if that’s to be believed then a McG continuation of the Salvation movie might not be likely and again favouring a new direction or being remade altogether., though look on the bright side, we may get Sarah Conner back, who knows?


Would you like to see more Terminator Movies? Prefer a remake or a continuation of McG's Salvation? And what are your thoughts on Schwarzenegger possible returning?
Please leave your comments below.
Posted by Dempsey Sanders at 11:53 am

As a huge Terminator fan, I was very disappointed in the last two films, though I did enjoy Salvation much more than Rise of the Machines. I don't know about Arnold because he's not that intimidating anymore, I mean I would love to see him, but... I think a return of Robert Patrick would be better.

I don't know if I want a remake of the films because the first two are instilled in my memory and I love them. Michael Biehn will always be Kyle and Linda will always be Sarah. Though if they got Lena Headey back as Sarah, that would be cool. Loved The Sarah Conner Chronicles.

I'm interested, but also hate do overs, unless they are brilliant~
I talking just movies, here; if it happens, I do think Arnold should have a role. Lena Headey would be great. It is a coin toss for me.

I think T3 was the weakest point in the franchise. If the next film could get back to showing battles like the ones we see glimpses of in the first two then I say go for it.

Great review Demps, its also good to see you back you little Terminator, sunning it up in Miami indeed!
I think the terminator franchise went down hill with the loss of Linda Hamilton as Sarah Conner, she was the best part of the movies for me, T3 WAS CRAP, i hated it, and for god sake making Arnold that camp, jesus leave that up to us queens!
Salvation, not bad I did like it, and was kind of looking forward to the McG trilogy, I thought his Robert Patrick idea was a good one.
But for me now, I think a remake is more likely too though I would prefer a continuation.

I have soooooooooo missed your posts Sanders! I thought the movie 411 had given up but glad to see it back with a new look and a great post. Can't wait to post on here myself, its such a good idea that your having guest writers, I have already seen a view blogs follow your lead like always.

I'm one of them that would prefer a remake if they are going to do more because Arnold was the terminator, salvation was ok, but Arnold cant believably be the Terminator no more so I would prefer another menacing actor to take the role and have sarah conner back in the picture.

I loved the James Cameron movies, but do believe with todays tech that this could be brilliant again or even better.

will the new Terminator drop naked from the sky again? Wonder who will play him.

I´m interested but only if Linda Hamilton is involved. Sarah Connor is the real hero of the "Terminator" movies, and the big mistake of the third one was not to include her character. I wouldn´t mind to see Robert Patrick again either. Just like the Aliens are nothing without Ripley, the "Terminator" franchise is useless without Sarah Connor.

Interesting news developments concerning one of my favorite sci-fi/action franchise's of All-Time. T2 remains my favorite of the series, but the uniqueness, technical bravado and style of T1 still astounds me.

In critiquing Cameron's work, most critics only point to the overwhelming success of Titanic and Avatar, and say, they are vastly overrated. But you never hear them try to negatively deconstruct T1 or T2 because frankly, those two movies are exceptional.

Personally, the only foreseeable way I could look forward to a reboot/remake/sequel of the Terminator legacy is if a top notch director, writer, and acting ensemble (I fine with keeping Bale & Worthington) is assembled. Then, count me in. Otherwise, the material is too indelibly burned in my mind. It is incredibly hard to conjure up that initial movie magic.

None of the above?

They need to find the right guy for the job thats all!

Tough call. I wouldn’t mind seeing a new something, but not a remake.

There is no point in making another of these films. It died 20 years ago.

I agree with MomM, this movie died after part 1. After that its been a cash grab of a franchise......

Welcome back, Mr. Sanders :) We've been missing you:)

The first T films were both amazing, "The Rise of the Machines" was the weakest installment in the franchise, and "Salvation" was surprisingly decent. Hopefully No.5 will be even better.

i would Love to see arnold back in terminator! but in fact, i would love to see him back in any movie! catching a glimpse of him in expendables had me so excited i wanted more! if i remember correctly, i wasn't quite impressed with the last terminator. i guess it had gotten pretty much expected, maybe too expected.

I'm so curious to see what will happen! I agree that Sarah Conner was a huge part of what made the first two movies so powerful. What will happen next?

And btw, thank you for your kind words on my blog today. :)

that is definitely what I was searching for, You have saved me alot of time

I think they should continue salvation, no more time travel. Show the future war as we've been begging them to do for years. MCG had the right idea he just needed to show more T600's. We need to see more terminators, show us a war. And a better script if you please, I mean John Conner going to skynet by himself, that kind of writing is reserved for B rated movies. No reboot! James Cameron did a good job now show us the future war!