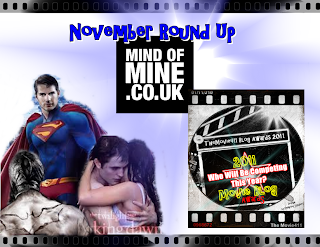 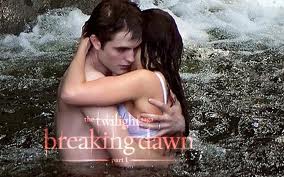 The Twilight Saga: Breaking Dawn Part 1, has successfully dominated the thanksgiving Box Office and is set to pass the $200 million Dollar mark today.

Fans of the mega franchise have flocked in their thousands to watch the Stephanie Meyer novel - turned movie, and with this weeks figures, weather you’re a ‘Twi-hard’ fan or not, the Twilight Saga will remain as one of the biggest franchises in movie history.

As a moderate guilty fan myself, I got the chance to see Breaking Dawn yesterday, and I must say, after finally thrashing my way through the Team Edward and Team Jacob enthusiasts, I sat down to watch a pretty damn good movie.

There were definitely some epic scenes, some very gritty and intense especially when Bella gives birth, all playing out on screen very well. The characters seem much more developed and interesting, and the movie flowed with great pace.

If you’re a ’Twi-hard’ , is there any point in recommending it? And if your not a fan of the movie, isn’t it time to see what all the fuss is about? I think so!

On a final note, Part 1 ends with what most fans wanted to see, but don’t get out of your seat too quick, after the credits there’s even a little more to tempt and tease you for Part 2. Sadly I didn’t get that note and was rather impatient for the loo! 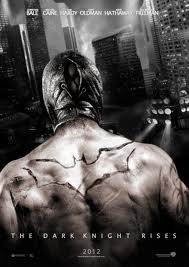 Dark Knight Rises is soon to wrap production if it hasn’t already, and Christopher Nolan has released a few more details on where his third and final instalment of the franchise is heading. One major spoiler in particular will be that it is set 8 years after the previous instalment and will see Bruce Wayne a little out of shape than the one we know….lets hope Bruce and Bats get fighting fit pretty soon in the movie though as from all accounts Bane is set to be the most formidable baddie Batman has ever had to deal with!

Also it has been confirmed that the trailer of Dark Knight Rises will be teased with the cinema release of Sherlock Holmes 2 along with the first trailer of the Hobbit. But if fans want more than a trailer, and willing to spend a little extra cash, a 6-minute prologue will be released with Mission Impossible: Ghost Protocol, though still unclear what the prologue will focus on, I think we can all safely assume it will be the Rise Of Bane. Prologue and Teasers set to be released on December 16th.

Of course, after Nolan’s massive Batman franchise comes to an end next year, Warner Bros will be looking towards another comic movie to take the helm, Superman: Man Of Steel, which will be released a year after Dark Knight Rises in July 2013.

The latest rumours suggest that Warner Bros are already searching for a screenwriter for the sequel to Man Of Steel, and with Christopher Nolan as producer, can he revive another hero just as good as he has done with Batman? we like to think so!

Earlier last month the exceptional blog MindOFMine, did a guest post for us (see here) , I am very happy to announce that he will become a regular fixture and will be also judging TheMovie411 Blog Awards 2011 along with myself, Melissa Bradley and Christian James.

We are still receiving a high number of nominations, and though the nomination round closes at 11pm Monday evening, it is still not to late to get involved in what’s already shaping up to be a fine contest. For more information and details on how to enter please read this post.
Posted by Dempsey Sanders at 12:58 pm

We're all very excited about the awards, and can't wait to see who will be up for voting. :)

Breaking Dawn Part 1 was pretty dull overall, but it had a couple of truly stunning shots.

Mind of Mine rocks and I am so happy he's part of this crazy crew.

In no way shape or form a Twilight fan and never will be, but to each their own. It's all good.

I am dying for the new Sherlock Homes and will be treating myself for my B-Day. I'm looking forward to those teaser trailers and since I want to see Ghost Protocol as well, I may get to see that prologue.

I've been plugging the awards big time - and my favorite sites for nomination of course!
No money from this household went to the Twilight beast. We saw The Muppets instead.