Jackman Heading Out On A Fantastic Voyage? 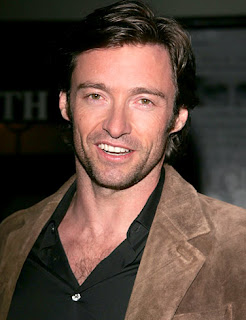 James Cameron's newest pet project, a reboot of the groundbreaking 1966 sci fi epic Fantastic Voyage could have Hugh Jackman on board. According to Deadline, Shawn Levy, the director of the Fox re-imagining has his eye on the Wolverine. Word is they got along pretty well on Real Steel, the DreamWorks film set for release October 7.

Fantastic Voyage tells the story of a group of scientists miniaturized in a ship and injected into the body of a diplomat in order to save his life after an assassination attempt. The original featured some edgy, psychedelic f/x like white blood cells that went on the attack. Of course, it also featured the alluring Raquel Welch. Cameron and company are planning 3-D extravaganza with a script by Shane Salerno and Laeta Kalogridis. 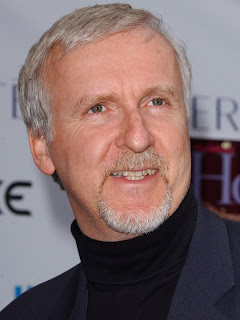 With the delays in the latest Wolverine installment, this could be the perfect solution for Jackman. There's been no official word on a specific role, but as a fan of the original, I could totally see him as Grant, the sexy captain of the mission. What say you? Yay or Nay? Who should be tapped for the Raquel Welch part?


Just for some shits and giggles, here's a look at the original...

give us Hugh any time in XXL quantities.

@Nebular Yes, indeed Hugh is the man. I could watch him all day.

@Dez Yeah, I'll take Hugh in those quantities, too.

I've always liked Jackman and I'd be very intrigued to see him pair with James Cameron (the master world builder) for a sci fi epic.

I think it's a great paring of talents! And how about Rachel Weisz or Kate Beckinsale for Welch's role? Giv ethe guys some eye candy as well.

@Matt Jackman and Cameron would certainly make an excellent pairing. Cameron does wonders with world-building.

@Alex Rachel and Kate are very beautiful, but both are also extremely talented. I agree that they would make excellent co-stars in this project.

I really like that Cameron is getting involved in other science fiction projects aside from Avatar. I wouldn´t want him to wait another 10 years or so like he did on Titanic for a new Cameron project to happen. Besides, Hugh Jackman would be an excellent choice for this movie.

It's kind of the expected choice for such a role. I think they should have gone with someone like Joaquin Phoenix or Ryan Gosling, personally.

Hello, fellow LAMB. Just wanted to let you know that The LAMMYs are coming up and we are hoping for the best voter turnout for the nominations ever. Every LAMB #1-900 is eligible to vote (and to win!), and that includes you. To participate, please go to this site: http://www.misterpoll.com/polls/521956