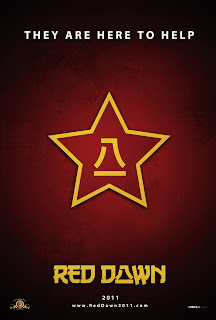 Only in Hollywood does a remake get a makeover. To the tune of nearly a million dollars, MGM made some serious modifications to its retooling of the Cold War cult classic, Red Dawn. In a bow to political correctness and marketing opportunities, the studio has re-edited the film to make the villains North Korean instead of Chinese. Through digital enhancements and re-shoots, uniforms, flags and dialogue were all made to reflect this new enemy. 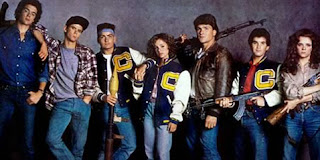 The change in foes was actually not the first for this movie. When the remake was announced in 2009, the decision had been made to convert the original Soviet invaders to Chinese. However, the film market in China rose to a staggering 1.5 billion last year. MGM studio execs, aware of their own financial woes and the power of the Chinese government, which decides what films will be allowed in theaters, ordered the new alterations. China notoriously banned The Dark Knight as one of the villains was Chinese.
Many are frustrated with this change, crying political correctness and a slap at artistic freedom. Then there is whole idea of how realistic an invasion of the United States by North Korea would be. For those not familiar with the original 1984 film, Red Dawn tells the story of a group of high school students who band together as freedom fighters along with two brothers when the United States is invaded by a Soviet led coalition. It starred 80’s teen idols Patrick Swayze, Charlie Sheen, Jennifer Grey, Leah Thompson and C. Thomas Howell. The new cast features Chris Hemsworth , Adrianne Palicki, Josh Hutcherson, Isabel Lucas and Connor Cruise, son of Tom and Nicole Kidman.
Do you think the change to North Korea is a good idea? Should films make changes based on giving possible offense? Do you care either way? 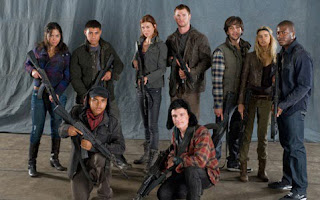 It sucks that things like these get changed because 'it may possibly offend somebody somewhere at some time' but I've got a big gripe with bowing to PC issues all the time. Unfortunately, as in the case with The Dark Knight, people take artistic endeavours way too personally and allow others to suffer for it. I'd prefer a faithful remake, or even one that modernises the story based on threats we face today, but changing things just because someone might get on their high horse about it all is plain silly.

I agree with Jamies comments- though must say I have never seen the original, what has the world come too when we have to tip toe around movies because of fear of upsetting someone else?
Great review Mel x

This is the first I have heard about a remake of Red Dawn. But too also give it a makeover so soon to change the enemies because of political correctness, thats a costly excercise and seems very unesaccery.

Its so easy to take a film studio to court these days that I am not surprised they changed it, it may have cost them more in the long run if trouble were to arise.

Don't see it having the same impact the original had.

I think I'd watch the new one out of nostalgia.
I watched the original SO many times. I was in love with C. Thomas Howell and Charlie Sheen. And speaking of Charlie, I was disenamored with him after his first bust of coke and hookers way back then! He never learns!

@Nebular George, somehow I knew you were going to say that. :)

@Jamie I agree, PC is in place for a reason, but many take it too far. I would prefer a remake with a realistic situation based on threats that we really do face. That was part of the success of the original and why it endures as a cult classic. I just can't buy North Korea getting it's act together enough to mount a successful invasion of the United States. Unless they have hordes of weapons hidden away somewhere and Kim Jong Il has been faking us out.

@Dempsey Thanks!As a writer I don't like it when people try to censure creativity out of fear or money.

@Ali You're right. It speaks badly about the film if they are doing major changes and have no official release date.

@CJ Thank you!I hate that people are so willing to sue over every little thing. It is too easy a process by far.

@Mason You're right. The impact will definitely not be there.

@Kelly. I,too, watched the original many times over. With all the Charlie drama, the death of Swayze and the news about the remake, I feel a need to see it again because I haven't in a long time.

I think North Korea is much more appropriate, although highly unlikely.

Ahh, I remember watching this Sheen classic for a US History class. That teacher was too cool!

To be honest, I'm not too disappointed because I understand the reasoning behind the move. But granted, any time a film forgoes artistic discretion to make a few extra dollars, it is a little disconcerting. But then again, Hollywood is a mega corporate business.

@Alex N. Korea is highly unlikely, I agree on that. I just feel bad for the ones who had to go through and change every single frame of reference.

@Matt That is so cool your teacher showed this in class.

I could see making these kinds of decisions, money makes the world go round, but they've done it to the detriment of the film. It has delayed release again.

being from a country which was and is a victim of Western political propaganda through usage of popular media, I do hate when Chinese, Russian, Muslim, or Serbian people are portrayed as villains in Hollywood films :(

i'm definitely one of those who don't care, n i'm a chinese. like what dezmond had already said, everyone is a villain in Hollywood films anyway! those are just films, they have to learn to not take everything personally. seriously, they need to be more open minded.

@Dez Excellent point. Hollywood does seem to come up with a surfeit of villains from Eastern Europe and Asia an awful lot of the time. They could have been more twisty about it like in the short-lived series Jericho where it was American terrorists that had caused the nuclear explosions for their own agenda.

@levian I agree, open-minds are great for creativity. Maybe the producers should have gone more outside the typical box with their villain.

I was a big Swayze fan, back in the day. A remake won't be the same.