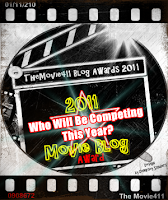 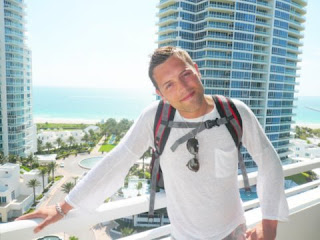 So that leaves me to say I hope you have all had a great week, and have an even better one this week….
Best Wishes from Miami…..Demps xx
Posted by Dempsey Sanders at 5:02 pm

Look at you all hot and sexy in Miami. ;) I'm looking at freezing rain. :( Can't wait for all the good things coming up on The 411, I'm very happy to be a part of it. That is too cool about Christian's site. Glad to have you back, my friend.

Hey Dempsey! Good to hear tge 411 will be back in style soon. Melissa will make a great addition as well. And it looks like best wishes from sunny Miami at the moment...

What? You're in Miami while I'm worrying sick thinking you're dying in some hospital??? Somebody needs to spank you ... again ....

Ooooh, can't wait for Chrissy's site. Hope we shall get a special invitation for the gala opening.

hope you are feeling much better now! i too, had been wondering why hasn't 411 come out with a new post for quite a while. i'm glad to hear that you guys will be back with more posts this time!

Enjoy the sun, R&R&R, rest, relax and recover from your sickness.
I look forward to March and visiting you again soon~

It's great to hear you'll be back in full effect. I really enjoy your blog, as well as your guest segments.

You're damn lucky to be in Miami right now. The northeast weather sucks this time of year. I'd love to be somewhere warm!

Well ... have fun in Miami ... I'm not jealous at all being up in cold Ontario, Canada or anything! Can't wait for some more posts :)

Eek! You just made me really jealous with that photo - sunshine, warmth and the beach in the background... Another polaresque day today up here :-(