Is it a Bird? Is it a Plane…No, it’s Henry Cavill! 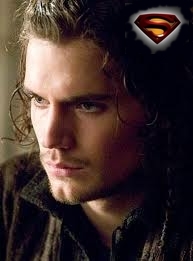 The 28 year old British actor Henry Cavill who’s mostly know for his co-starring role in Tudors was confirmed as the new Man Of Steel yesterday.

Cavill is one of the present rising stars in Hollywood and had been linked to the roles of Batman, James Bond and a previous version of Superman earlier in his career.
But now he has finally bagged the title role of Clark Kent/Superman in Zack Snyder’s 2012 reboot of the franchise and the news is already getting a big thumbs up by fans. 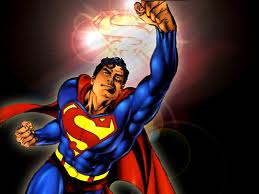 With all the Marvel comic character news - Spider-man, Thor, X-Men, Captain America hitting the movie headlines lately it was no wonder DC comics would come with a flurry of their own announcements. First with confirmed casting and villain announcements in Christopher Nolan’s Dark Knight Rises and now with the biggest superhero character of all time.

Both Henry Cavill and Zack Snyder have issued their own statements on the news. Zack Snyder has said - "In the pantheon of superheroes, Superman is the most recognised and revered character of all time, and I am honoured to be a part of his return to the big screen, I also join Warner Bros, and the producers in saying how excited we are about the casting of Henry. He is the perfect choice to don the cape and S shield." 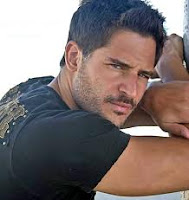 However not everyone is rejoicing in the confirmed casting choice. Last week, True Blood star and long rumoured favourite for the role - Joe Manganiello looked like he would finally get the part after months and months of speculation, Warner Brothers had obviously swayed towards Cavill over the weekend, leaving fans of the True Blood star a little downhearted.

Now we have our Man of Steel cast, more news including villains and story are bound to follow quite soon.

Has Robin Williams finally grabbed a part in the Batman Franchise? 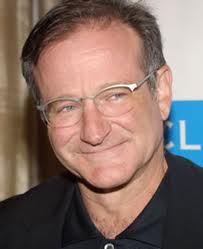 The rumours are hot with the gossip of Williams joining the cast of Christopher Nolan’s Dark Knight Rises as the Villain Hugo Strange, a very clever menace who is obsessed with Batman matching wits with dangerous consequences.

Williams is no stranger to the Batman franchise, he had been linked to the roles of the Joker in Tim Burtons Batman, Jack Nicholson being WB’s better choice, and also he was rumoured to play the Riddler in Batman Forever which rather saw Jim Carry in the green spandex. He was rumoured yet again to play the Riddler in the Dark Knight Rises until it was announced by Nolan that the villain had no part in the next story. However now he has been tipped again following tweets between him and BatmanOnFilm which has sparked much gossip over the last few days.

There is no doubt that Williams is a huge fan of the character and would love a role in the franchise, but the question of weather or not he will finally get a role in the franchise especially as Hugo Strange is being mostly taken with a very large pinch full of salt at the moment. Personally, being a fan of the actor, I hope Williams finally bags it.
Posted by Dempsey Sanders at 1:41 pm

OK, OK,I admit I'm responsible for Henry getting this role :) Years and years of effort have finally paid off :)
He is in my top 5 most favourite celebs!

PS how are you doing, my dear? Feeling better? We miss you heaps.

Hi Dezmond, yep I'm pleased he will don the cape, he is a great actor, and I do remember your James Bond post about him.

I'm back to full strength now thank you. Lots of catching up to do. I've missed nearly two weeks full of posts, I'm on it today lol.
But very well now so cheers for asking buddy xx

I would have liked to see Joe as Superman, but Cavill is a great choice too! All the superheroes are Brits it seems!

that's nice to hear, I shall pop by later on to bring you some soup, and please send my love to my Chrissy ;)

I thought Dempsey would have bagged the role of Clark Kent!

LOL! J-Son if only ha ha

Henry is a great choice. I think he will do an incredible job.

I'm happy to see you are back and healthy, my friend. I missed you. Pass along a hello to CJ.

This guy looks the part so I'm fine with the casting.

Snyder's Superman has the potential to rock like Nolan's Batman.
And I really hope Williams doesn't get a role that requires spandex...

Often considered the most "unlucky man in Hollywood," Cavill scored big with this role. I'm confident he will do a bang-up job as Superman.

I am so happy that he was chosen for the role. He clearly looks the part and has the age to continue playing him if more sequels get made in years to come. Now let´s pray they cast a better Lois Lane than they did on "Superman Returns". I would love to see Anne Hathaway in that role...

Henry looks more like Superman than Joe does. I still think that Jon Hamm would have been perfect if he were younger.


I hope that Robin Williams gets the role in Dark Knight Rises. I love him!

wooo, he looked indeed tasty enough to be superman. however, it is difficult to imagine robin williams being the bad guy in any movie! i guess that's where the tricky part comes in, we'll finally get to see him in a character he was rarely put in.

seeing you in the costume of Superman, I pray every night, oh Lord, please don't let Dempsey use his PhotoShop skills and put me into the costume of Lois Lane :PP

Hope he does a good job with the role. He's clearly handsome enough///
:)

It follows the tradition of picking an actor that is not a household word to play Superman. Yet, judging from his past work, he will do a fine job portraying the Man of Steel. Great blog you have, Roland

Oh my, he's rather attractive in that photo. Hmm, I haven't actually seen him act though.
Every time I see a new face I wonder who, if any character, the actor or actress could play if they ever get around to making a movie of Diana Gabaldon's Outlander series...

The seller receives cash for gold in a simple, quick transaction, and the environment, and gold miners are saved a whole lot of trouble. Five Cent Nickel: Converting Mutual Funds Into Exchange Traded Funds (ETFs) Without Incurring Taxes [] Just remember, learning this process is crucial to making money investing in real estate. Most stocks don't bounce back after large losses for a long time. On the other hand, there are so many factors that can directly influence the status of one company and its currency that forex trading becomes a larger gamble.