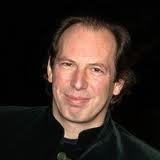 With news still bleak on the upcoming reboot one thing that is bound to shock fans of the previous Superman outings is that John Williams famous Superman score has been thrown out to make way for Hans Zimmer to bring to the table something new.
Zimmer composed the score for Batman Begins and the Dark Knight, and with Christopher Nolan producing the 2012 reboot of Superman, it comes as no real surprise he would approach the man who did such an amazing job with the score on Nolan’s massive Batman movies.


Williams theme is so iconic to the Superman character, Zimmer certainly has his work cut out for him, and it’s already caused a stir around the internet, many not being happy about the change.
I am a huge fan of the Williams theme and was the one thing for a reboot I didn’t want to see change. However if your going to make a movie your own, completely different from previous outings we have seen before then why not? And Zimmer’s work is certainly not something to diminish. 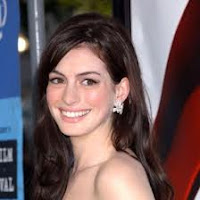 Other recent reports and rumours surrounding Superman Man Of Steel is news that Ben Affleck turned down the chance to direct because he didn’t want or felt he had enough big budget movie experience to take on the project and has applauded the now director Zack Snyder saying that he is definitely the man for the job. And furthermore Anne Hathaway may be up for the role of Louis Lane which had been mentioned by Feature Film Auditions, a very welcomed prospect by fans after the heavily critisised Kate Bosworth’s take on the character in Bryan Singer’s Superman Returns. 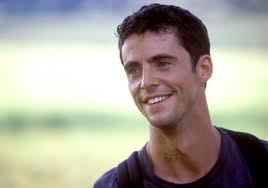 Of course the main question is still up in the air of who will actually play the lead role of Clark Kent/Superman? The latest rumour has Mathew Goode pinned who played Ozymandias in Snyder’s Watchmen. Although standing at 6ft 2inches, Goode does not have a muscular physique which adds to the rumour of the new Superman suit being involved with some CGI treatment much like the costume being donned by Ryan Reynolds in the upcoming Green Lantern movie.

The remake will be an origin story and looks to focus more on Clark Kent as a news reporter travelling around the world (West Africa being rumoured a lot) and getting used to his powers before returning home to become the hero he is born to be, however this is not confirmed.
The script is due Monday 6th December 2010.

Seems like there's a rising trend in rebooting all of the major superhero franchise. The other questionable one is the reboot of Spiderman. I'm impressed with what Nolan did with Batman, Snyder's take on Superman sounds pretty promising to me. Can't wiat to hear more updates on this.

oh, I do love Zimmer's work. I'm not sure why has the music in films become so unimportant these days. It was much more noticed and appreciated in the past than now :(

i agree, the most intense question will still be who is the lead actor for superman. lately there seemed to be more n more less popular actors taking up big parts, n become popular because of that movie.

Though I, too, love the original score, you have to go big or go home. Snyder can't do a completely original version unless he takes out the score as well. I love Hans Zimmer's work. His score for Gladiator takes my breath away each time I hear it.

I'm with you, if their gonna make a movie apart from the others then changing the score is a certain statement, but I would of loved for them to keep the Williams score in.
Oh well time to embrace the change I guess.