‘Tis the season to be frightened falala laaaa la Rahhhh rahh raaah!
Halloween is just over a week away, and to celebrate it, I will be posting a horror movie review every day (except for Sunday24th) with my personal opinions on what are tricks or treats to watch this holiday season.
I begin with two recent releases on DVD, Frozen and Nightmare On Elm Street 2010. 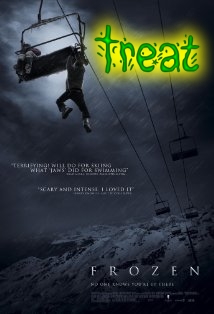 Although the genre of this movie is classed as a thriller/drama, the circumstances surrounding it are truly horrifying.

Not having much money they persuade an employee that operates the cable car for one last pass for one hundred dollars. The employee grants them their wish and takes the money, however, the employee gets distracted and has to go see his boss while leaving a co-worker with instructions to wait for the three snowboarders to come down the hill. Unfortunately for the snowboarders, the co-worker see’s the wrong group come down the hill and think their the last ones to ski down the slope, and shuts down the cable car.


Joe, Dan and Parker (Ashmore, Zegers and Bell) end up being stuck, suspended high above the ground on the cable car in the freezing mountainous resort with no one aware that they are there. They witness in horror all the lights being turned off around the resort and realise they have been forgotten, and also aware of the fact that the resort does not re-open until the following weekend.

They have a choice. Try and make it down somehow from the chairlift or freeze to death.

DVD EXTRAS: Audio commentary by director and main stars, deleted scenes, The origins of Frozen,
Behind the scenes and more. The extras on this DVD are definitely insightful and a worth while place in this features menu.

Considering most of the action consists of three people suspended in a chairlift all the way through the feature, its surprisingly well paced, well acted and certainly has you ‘frozen to your seat’.

You truly get a sense of their struggle in such a desperate situation, followed by the horrible realisation that if they don’t do something soon they will most definitely freeze to death. Not only does one of them have severe frost bite, another with broken legs after jumping down from the car and a hungry pack of savage wolves to contend with, but also the cable car becomes very unsteady.

The movie begins a little slow, but when that cable car stops, that’s when Frozen really starts. You will no doubt ask your self what you would do if you were in their situation, and the movie will almost certainly create many ’OMG’ reactions when watching it with a group of buddies.

Overall, Frozen is a surprisingly decent flick that will leave a chill down your spine. 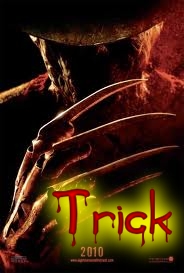 A Nightmare On Elm Street 2010

A remake of Wes Cravens classic horror. Nightmare On Elm Street returns to our screens with Jackie Earle Haley now donning the role of the famous horror icon.

Five teenage friends living on one street all dream of a sinister man with a disfigured face, a frightening voice and a gardener’s glove with knives for fingers. One by one, he terrorises them within their dreams – where the rules are his and the only way out is to wake up. But when one among them dies, they soon realise that what happens in their dreams happens for real and the only way to stay alive is to stay awake. Buried in their past is a debt that has just come due. To save themselves, they must plunge into the mind of the most twisted nightmare of all: Freddy Krueger.

We are now in an era of countless remakes and reboots. Following a quite successful reboot of the Friday The 13th franchise (some would say anyway), it was inevitable that Mr Krueger would be getting the makeover treatment.

Initially looking forward to this movie, being a fan of the old Nightmare On Elm Street outings, I had high hopes and expectations for my favourite horror Icon of all time. Unfortunately what I got was a steaming pile of T-REX sized crap.


1...2, Jackie Earle’s coming for you!
Although successfully portraying a darker Freddy, the horror legend was missing that certain charm we all loved to hate that Robert Englund did so well in this role.

I can’t say anyone’s performance was either memorable or striking. Jackie did best at his own interpretation of Freddy, Kyle Gallner who plays Quentin didn’t do a bad job in playing a poor tormented soul. Everyone else will no doubt be hoping to star in the sequel. And the character of Nancy, the gatekeeper of Freddy’s reign of terror is now a Goth? Please!

5.…6, No new tricks.
All avenues of further exploration were scarcely non-abundant. Anything that worked in this remake was a carbon copy of the original. Could of probably done better with more of a back story on how he became the demon of dreams, and focused on the parents hatred towards him, and then him going after the kids to pay their debts, something I feel was quickly flicked over in this outing to make it different.

7....8 Grab some Coffee-mate.
Although the movie does provide some fun humour and a few minor scares for the easily scared, I found I needed a few Coffee’s to keep my eyes open during this. It is slow paced at times, although quickly tries to make up for it with an onslaught of gore and moments of creepy dialogue to only then drift back into snail pace.

9...10, I’ll definitely sleep again.
The movie failed to deliver any scares that the original did so well, rather than jumping out of my seat or covering up my face, the only reactions I expressed were a few role of the eyes and an occasional smirk.
For me it disappointed on so many levels, and one franchise I wish Michael Bay and platinum Dunes left well alone. 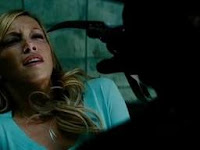 Fearing I might be being a bit harsh on this movie, If your not a huge fan or follower of the previous Nightmare on Elm Street you might, just might get some enjoyment out of this remake. But if you’re a die hard fan of the Wes Craven/Robert Englund days, then you have been warned!
Posted by Dempsey Sanders at 6:36 pm

ah, Freddy Krueger is still the only one who can send shivers down my spine.
It's something to do with the fact that he attacks in dreams - the only haven in which you should be safe no matter what :((((

I liked "Nightmare". It obviously doesn't out do the original but I thought it was alright. They could have done slightly more with the technology for special effects now a days but the "get to the point and kill" Freddy was good to see again.

Haven't seen this one and hadn't planned on it because I am such a huge fan of Englund's Freddy. He brought a certain panache to the role. I heard Jackie Earle tried to do a good job, but I remember being disappointed when he was cast.

I'll have to check out Frozen. Excellent reviews and I look forward to the next ones.

I don't really like to watch horror movie... Love more on romance movies. But i watch action movies.. :)

Frozen was truly a horrifying nightmare to sit through, in a good sense. It was 80% fear and 20% suspense, made me petrified until the credit roll.

As much loving it, I wouldn't like to sit through another screening because it's hard to endure the fear factor.

Hated "Nightmare" - it was super lame.

Loved "Frozen"! It was surprisingly effective and definitely gave me the chills. :)

@Dezmond:
Yep, he used to scare the crap out of me when I was younger, its just unfortunate that I found the remake to be less scarey

@Franchise:
Thanks for your opinion, I suppose there will be viewers that like the remake, I just wish they did more with it.

@Melissa:
Unfortunately the Englund days are gone with this outing, will be interested in what you think of it when you see it as your such a fan of the originals

Stella:
Thanks for your comment and read anyhow, I will review some action ones for you soon.

Jaccstev:
Totally surprised with Frozen, one of my favourite movies this year.

J-SON:
On watching Frozen more than once I agree that its a total worthwhile first watch, but after the suspence and knowing what will happen, yes it may loose its drive.

I hated the new "Nightmare on Elm Street" remake, it was boring and didn't add anything new to the franchise. In my opinion, even the worst original sequels were better than this remake! I missed Robert Englund the whole time and the actors were even worse than the ones in the "Twilight" saga, I couldn't care less for them. The character of Nancy was a joke, i was hoping for a heroine and instead all we have is the most boring character of the movie. I had more interest in Katie Cassidy's character... she should have been the main focus of the movie. Being a fan of the original, I wouldn't recommend watching this one. Great review by the way! :)