He’ll be back! Arnold Swarzenegger set to return to film. 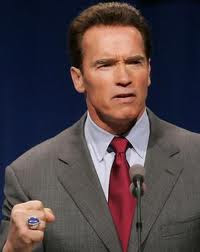 The ‘Governator’ who has not long left office, is said to be reading three scripts already, to which he confirmed with Krone.at, an Australian publication.
One of these scripts was something he had been thinking about before his term in office involving an older military soldier who is ordered to kill children just before the war ends but doesn’t do it and rather gets the kids to safety at the risk of his own life, and is also based on a true story.

The script itself is written by Randall Wallace (Braveheart, We Were Soldiers) called With Wings As Eagles. If Arnold accepts the role he would be playing a veteran Nazi soldier, something that never really worked out for Tom Cruise in Valkyrie.

One of the scripts he is also bound to be reading is Sly Stallone’s Expendables 2, as Arnold appeared as a brief cameo in the first one, and considering Jason Statham and Bruce Willis (who also had a cameo in the first one) have now confirmed their involvement in the sequel , it is likely Arnold will follow suit.

Swarzenegger also told Krone that he is likely to follow the footsteps of Clint Eastwood who was a former action star who had a late productive career, rather than all guns blazing and throwing adversaries around which he admits he just can’t do anymore. 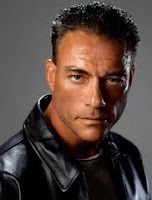 Arnold might not be the only person in Sly’s sights for Expendables 2, Jean Claude Van Damme, who turned down a part in the original is now said to be interested in joining the cast of current and 80’s action heroes says Director and friend Sheldon Lettich (Double Impact), we should no doubt here more official word soon.
Steven Seagal on the other hand is still not likely to join the cast, not because of Sly himself but due to fallouts with the production company, NU Image, who are behind the sequel who he vowed never to work for again.
However with Arnold, Bruce and Sly, along with Jason Statham, Jet Li, and Dolph Lundgren rejoining, plus with the now possibility of Van Damme being cast its sure to be any action junkies wet dream.

And finally, Dempsey Sanders will re-take control of theMovie411 sometime this week. His flu unfortunately wasn't flu at all, it was pluracy (feel a little bit bad for all the greif I have given him), but his room is being set up so he doesn't need to leave it for the next month or so, meaning he may have more time to blog than ever before. I will still wait in the wings as a reserve/guest writer, but I will be glad to see Demps back on his podium.
UPDATE: 17/01/11 Dempsey will not be back this week as planned, and I will be carrying on a bit longer, more info as and when I know.
Posted by Christian James at 5:51 pm

arnold is still a god. As a lifter, he is truly inspirational and a lot of his posters that he has available for sale (wall papers for that matter on your comp) are worth downloading :)

van damme is a mega HO!

Be cool to see Arnold return to the movies. And they're making a sequel to the Expendables? Why?

I'd love to see Arnie back on the screen but I thought he was really poor in The Expendables.

OMG, what did we do to deserve this :) But, then again it's the Terminator, and they always come back.

ah, and which way of killing myself should I choose to end my suffering when Chrissy leaves us again :(((((

I hope Arnold will consider acting classes before he takes on such a serious role. Otherwise, I shudder to think...

As much as I like Arnie, wouldn't it be a little strange for a politician to be on the big screen? (not just as a past job)

I will be happy to never see a Steven Segal or Jean Claude Van Damme movie again.
Arnold should just make cameos. :)

CJ, I have missed you and its so nice to see you back at theMovie411, I have enjoyed your posts so much and your doing a great job while Demps is away.

I'm so sad to hear that Dempsey has took a turn for the worse and really hope he gets better soon, if theres any update on his condition please let us know.

arnold! arnold! i'm excited that we will be seeing more of him on screen! having seemed a short few minutes of his appearance in the first expendables. even believing for a split second that he would join them. haha! now i can't wait to see expendables 2 on screen!

i think it's a mixture of strange and awesome that arnold is returning back to the movie industry (he is a governor now after-all). loving your style and blog though bro. keep up the great blogging!

I hope it wouldn’t be like his silly cameo in The Expendables, where he showed up for the one scene that was marketed in the trailer.

This could turn out to be very interesting.

You're young Christian. You'll have ANOTHER one with an extra 100 sq. ft. to boot!

That role would make sense of Arnie's accent ;)