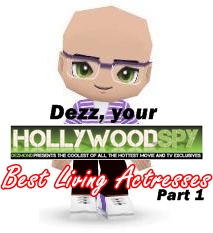 Dezmond over at Hollywood Spy, winner of Best Gossip and Gold in 2010's Movie411 Blog Awards, is our first guest writer this month and todays post gives you part 1 of who he thinks are the best living actresses today. 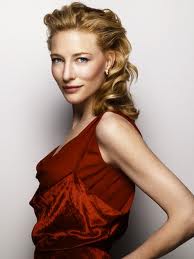 Cate Blanchett doesn't have a single role which wasn't legendary, flawless, breathtaking, stunning, ground breaking, mind blowing, magnificent, profound, intelligent ... not a single one. She is just like Meryl Streep - a category of her own, with whom no one else can compete. Even her weakest performance is better deserving of an Oscar than any other performance of any other actress. She also possesses an otherworldly, refined and mesmerizing beauty which radiates from deep within. Her best role would be the one from ELIZABETH THE GOLDEN AGE in which she gave a masterclass in acting, shining in every possible scene in the outstanding epic. She didn't play, but she WAS an elven queen in THE LORD OF THE RINGS. And don't forget her hypnotizing voice while she narrated the story in that epic. She out staged Brad Pitt in THE CURIOUS CASE OF BENJAMIN BUTTON (and wasn't even nominated for an Oscar). She did what no other actress did - played a man, and played him for real not as a parody in I'M NOT THERE. She was the most perfect Katharine Hepburn in THE AVIATOR. She was so stunningly flawless in CHARLOTTE GRAY, VERONICA GUERIN, THE GIFT. She was the hottest feme fatale in BANDITS. She stole the show in THE TALENTED MR. RIPLEY. She had the most perfect accent in THE GOOD GERMAN. She stole the show again from Brad Pitt in BABEL. She was an action hero in THE MISSING and INDIANA JONES.And you fell in love with her in NOTES ON A SCANDAL in which she had the most amazing chemistry with her royal majesty Judi Dench (bow immediately). She also stole the show in ROBIN HOOD. We will be watching her in THE HOBBIT, HANNA and THE INDIAN SUMMER. 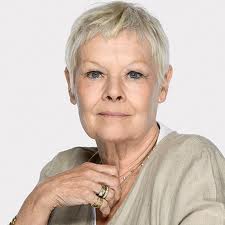 For some reason, I've never considered Elizabeth II as the English queen but Judi Dench :) She really is royal in every respect. I first fell in love with her watching the amazing and heartwarming sitcom AS TIME GOES BY (1992-2005) the most intelligent TV series from BBC about a woman who, at her mature age, meets the love from her youth and they start their romance again as two older people. Amazing show, I'm happy I was able to grow up watching it. Another BBC series I loved her in was the witty, charming and star-studded CRANFORD. We all loved her versatile roles in "James Bond", "Nine", "Notes on a Scandal", "Mrs Henderson Presents", "The Chronicles of Riddick", "Ladies in Lavander", "The Importance of Being Earnest", "Iris", "Chocolate", "Tea With Mussolini", "Shakespeare in Love", "Mrs. Brown"... The fact that she has just one Oscar (for the 8 minute role in "Shakespeare in Love") just speaks about the nonsensical criteria of the American Film Academy. But she does have 10 BAFTAs like a true British Dame! 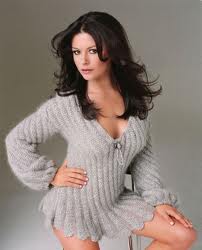 Catherine Zeta Jones is the magical creature of the kind which hasn't been seen in Hollywood for decades: classic movie diva like those famous actresses from the Golden age of Tinseltown. Not only does she have the spellbinding physical beauty, but she has something that only a few other modern actresses have - the deeply profound charisma and aura which simply radiate and glow from her magical presence. She always gives intelligent and highly expressive performances. I personally loved her touching and stunningly skilled acting in NO RESERVATIONS, her witty playfulness in CHICAGO, her glamour in THE MASK OF ZORRO, her mesmerizing charisma and warmth in TITANIC(TV series), her grandeur in CATHERINE THE GREAT, and her innocent loveliness in the role which made her popular THE DARLING BUDS OF MAY. 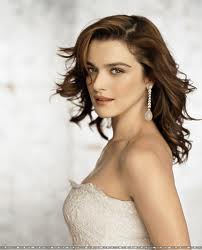 Rachel Weisz could be Catherine's twin sister - she has the exact same charisma, magnetic aura, profound sensuality, intelligent approach to roles, playful wittiness, spellbinding presence and velvety voice. She made us laugh in THE MUMMY and THE MUMMY RETURNS, she made us cry in THE FOUNTAIN, she made us angry in THE CONSTANT GARDENER, she made us shake in AGORA, she made us dream in ERAGON, she made us care in ENEMY AT THE GATES. Just like Catherine, she too carries the magic of the Golden age of Hollywood when divas were born and not made.


This article was written by Dezmond, Editor and Chief of Hollywood Spy

Who are your best living actresses? What do you think of Dezmond's choices so far? Leave your comments below! Part 2 to be posted next week.
Posted by Dempsey Sanders at 12:12 pm

Love the pics you've chosen for Cate, Catherine and Rachel, Dempsey :)
Hope you liked my ramblings :)

superb post Dezmond, really enjoyed the read, Cate and Judi Dench are two of my fave actresses, if it wasn't for my obsession with sandra bullock they would take the top spot in my list.

Thanks for the article Dez x

I had a long post on Sandra Bullock too somewhere over at HOLLYWOOD SPY :) but mostly on her numerous upcoming projects!

Yep I remember your Sandra Bullock post, I liked it a lot, and agreed with you, can't wait to see her projects this year.

Great post, Dez and I happen to wholeheartedly agree with your choices. I cannot get enough of these stunningly beautiful and talented ladies. I also agree with your assessment of the American Film Academy. Dame Judi should have a multitude of Oscars. I cannot wait to see who else has made your list.

Wonder if one of my faves, Sandra Bullock will be on there. Dempsey, I love her, not obsessed maybe :), but she hooked me in While You Were Sleeping, one of my all time fave movies.

I absolutely love all four of those amazingly talented actresses.

@ Melissa, have you seen her in BlindSide? Amazing!
Jud Dench on the other hand is another that I would watch in any movie, but Notes Of A Scandel is my all time faveourite of both Cates and Judi, such a good film

@Dempsey
she will be a busy girl this year ;)

@Vapor
glad you like them, they are all amazing! :)

@Melissa
thanks, Melissa, I'm glad you agree with my choices and I hope you will like the second part as well ;)
For everyone who likes Sandra Bullock here's my post on her upcoming projects:
http://hollywood-spy.blogspot.com/2010/10/sandra-bullocks-future-projects-gravity.html

Judi Dench is my favorite. The rest move up and down depending on their works.
Enjoyed the post!

Blindside is awesome!!! I have watched it I don't know how many times. Oh how I love Sandra. I could go on, but I'd be preaching to the choir. :)

@Mary Vaugn...the lady certainly can do no wrong, thanks for the comment

@Melissa
Well, the list includes mostly thespians and dramatic actresses, which Sandra isn't even though we do love her charming personality and acting :)

@Dempsey
forgot to ask you how did you spend your holidays? Had any fun?

@ Dezz, it was nice thank you, just spent it with my family and friends, a quiet one more than the normal, did you have fun?

@Alex
but don't expect Beckinsale in the second part ;)))

@Dempsey
glad to hear that! My was also quiet filled with money-spending, cooking, baking, decorating and gift-buying :) Please wish Chris a Happy New Year in my name as well ;)

I love your choices. All quality actresses :)

All lovely ladies, all fantastic actresses and all British beauties too (especially Catherine Zeta Jones, who only lives an hour down the valley, hehe). Excellent choices!

Meh, he got some right, but others off. I thought number 4 should be higher. Good post though.

@Lynda
glad you liked it Lyndylove :)

@Jamie
ah, yes, it's our Welsh queen Catherine :) You know I love her more than you do :)

@Major
are you sure it's not the other way around :PPPP

@J-son
Dempsey will hopefully show you the second part too soon :)

@Shelby
darling, this is not a list, their names are ordered randomly there are no numbers in front of their names :) They all deserve the same place - the first place :)

excellent choices dezz! i have to admit i hadn't heard of judi dench until i started reading your blog, though! but that's what's great about her, she just blends into a role- that's the sign of a truly great actor!

ah, than my mission has been fulfilled, Vics :)

Hey Dempsey, this is my first time leaving a comment on your blog as I'm new to this but kudos for running an awesome blog! And Dezmond, excellent list and competently written I must add. My only revision to your list would be to include Meryl Streep who in my opinion is the quintessential actress. Her career has spanned so many magnificent roles and she carries herself so elegantly. Maybe in ten years, we can add Natalie Portman to this list. Overall though great list, I especially love Catherine Zeta Jones!

This is good you didn't forget to add my most fave Rachel in this list, Dezmy ;)

@MDV
thanks, MDV, glad you find me competent :) And don't forget that there is a second part to this post and Meryl is already in it, wait and you will see it ;)

@Jaccsy
off course, I was afraid you would assassinate Ninja style me if I didn't :)

I don't need to make my hand dirty, you can do Harakiri by yourself :))

@Dezmond - Ha lol I realized this was only part 1 of a 2 part post after I had already sent my comment. Great stuff and I'm glad to hear that Meryl will be in your comprehensive list. Can't wait to read the second part!

Ah, that's what happens when you expect from Jaccsonville to assassinate you - he asks you to do it yourself :)

Dempsey, we are your own sitcom :)

MDV, off course I would never leave Meryl out of a post like this one. She is the QUEEN!

Dezz....oh how I missed when we used to chat my luv...so happy to see you guest write on the 411, and with such a classy post too.

Dench rocks my world so loved the read. Hope to be seeing more of you here, looking forward to part 2

ah, what can I tell you, Chrissy, when a man has class he has class ;)

Missed you too! Hope that naughty Dempsey will give you at least a weekly column here if you promise not to write solely about zombies.

oh,but I do love me some Tara Reid, I think people just don't understand her :)

Excellent pics! Cate is so versatile and Dam Judy can bring it...
I like the other ladies, too~

great blog If you are the type to update your blog regulary, then you have gained one daily reader in me today. keep up the super work.
I also strongly recommend to watch Hanna online, it's awesome movie, rating A+

Useful blog website, keep me personally through searching it, I am seriously interested to find out another recommendation of it.

I agree with you completely, but I have a soft spot for Judi Dench, she is such an amazing character actress! I also am fond of Rachel Weisz, simply because she played a librarian!