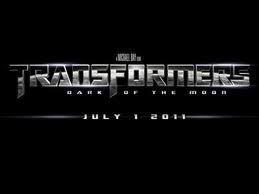 One of the most anticipated sequels for 2011 is Transformers: Dark Side of the Moon, the 3rd chapter in Michael Bay’s huge robotic franchise. This week a new teaser trailer has been released to get you all hyped up. 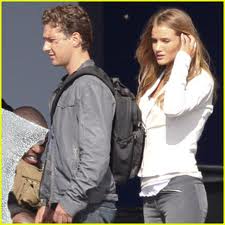 The third outing involves the Autobots learning of a Cybertronian spacecraft hidden on the Moon, and race against the Decepticons to reach it and learn its secrets, which could turn the tide in the Transformers' final battle.

The film is being released in both 2D and 3D, and is set to hit the cinemas worldwide from July 1st 2011.

Many of the previous instalments cast are returning including Shia LeBeouf as Sam Witwicky, Josh Duhamel as Major William Lennox, Tyrese Gibson as Robert Epps and Sam’s parents, Judy and Ron Witwicky reprised by Julie White and Kevin Dunn.

Also Hugo Weaving and Peter Cullen will again lend their voices to Megatron and Optimus Prime.

With the announcement this year that Megan Fox will not be reprising her role as Sam’s girlfriend Mikaele, a new love interest for Sam comes in the form of English model Rosie Huntingdon-Whitely. Joining the cast will be Patrick Dempsey and John Malkovich as Sam’s boss.

Michael Bay, director of the previous instalments and this 3rd outing has stated it will be his last one. Steven Spielberg is again producing this feature. 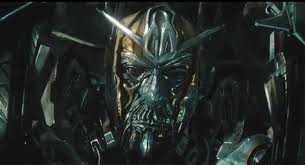 Alpha Trion or Sentinel Prime are the fan favourites for being rumoured as the ‘bad ass’ robot you see at the end of the trailer.


What are your thoughts on this movie and trailer? Leave your comments below.
Posted by Dempsey Sanders at 12:48 pm

Email ThisBlogThis!Share to TwitterShare to FacebookShare to Pinterest
Labels: Michael Bay, Transformer 3 trailer, Transformers Dark Side of the Moon

I wonder whether people will miss Megan Fox?

re: Dezmond, so far just the males that fancy her from what I have read, and more people liking the change in love interest for Sam. Fox said she left on her own accord (correction, her agents), but personally, the aftermath of Revenge of the Fallen most likely played a huge part.

As much as I like to look forward to this, I just hope that Bay will make a good one. He has a reputation to beat.

They filmed Transformers 3 right here in Chicago. Destruction rained down for months. :)

I just hope it's better than the massive pile of suck the second one was.

This was one of the trailers before Tron Legacy. Trailer looks great - now the movie needs to match it.

no more megan fox? half of the people i know went for transformers for her. :p i hope this will be even more entertaining than the last, for the trailer definitely attracts me!

Looks better than Transformers 2, lets hope this one has plot.

Hey Dempsey - The trailer looks so good. I've son whose so excited for the movie to come out. He could care less about Fox (sexy as she is) so I could care less. The cast looks fantastic, too.

Ah, you're finally back. I thought you forgot to post :P

I suppose the second sequel will be a silly fun, just like its predecessor.

sorry that this might not have anything to do with your article at all, but theres a lot of rumours fanning about that your having a screen test for Superman Man of Steel, is this true?

I can see why your getting screen tested to play superman, i've just read all the comments over at superhype and I like the fact that it was all a coincedence, I have my own website, would you do an interview about it? My readers would love this story even if you don't eventually get the part.

a Happy New Year to you, dempsey! n wishing you all the happiness in the world! :)

I have had a few e-mails saying the same thing as you both have posted, and my answer is that I thought the whole things was a joke. Though I would no doubt love to play Superman, I have never heard from Zack Snyder or the production team of the new movie, but if I do, I will let you know.

MADNESS but thanks for your comments

The words “awful,” “atrocious,” and “abysmal” don’t come close to describing TRANSFORMERS: DARK OF THE MOON.

What's up Dear, are you really visiting this web site on a regular basis, if so after that you will definitely get pleasant knowledge.

Hi there, just became alert to your blog through Google, and found that it is really informative.

I am going to watch out for brussels. I'll be grateful if you continue this in future. Lots of people will be benefited from your writing. Cheers!

Here is my weblog: ww35.nexcommwireless.com

I really like your blog.. very nice colors & theme. Did
you make this website yourself or did you hire someone
to do it for you? Plz answer back as I'm looking to create my own blog and would like to know where u got this from. appreciate it

t get too muсh direct hеat during the сooking proсess.

Јust be surе to ѕprіnkle the bottom ωith cοrnmeal so the pizza will slide еasier and pull the oѵen racκ out so you
aren't likely to get injured while sliding it onto the pizza Stone. Photo: Lei, Kaui holding baby Arya, Mike and Anthony.

Hola! I've been following your weblog for a while now and finally got the courage to go ahead and give you a shout out from Huffman Texas! Just wanted to say keep up the excellent work!

Feel free to surf to my web blog; Chemietoilette