Christopher Nolan will bring his final Batman outing to the big screen sometime in July 2012. Nolan, who has rebooted the Batman franchise after the mess Joel Schumacher made with it in 1997 (Batman & Robin), has stated that the Dark Knight sequel will finish off his vision of the iconic DC character in this third outing.


The Batman franchise lost momentum in the late 1990's after poor critical reviews of the Batman & Robin movie directed by Schumacher. Although having a pretty decent cast, including George Clooney, Arnold Schwarzenegger and Uma Thurman, the movie was criticised as being one of the worst superhero movies off all time and that the over camp approach was a far cry to the Tim Burton outings (Batman, Batman Returns) audiences loved. 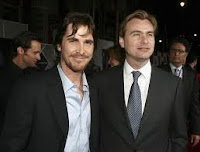 The movie received mainly positive reviews and was commercially successful leading to its sequel, The Dark Knight in 2008, which was not only claimed as the best Batman outing, but also the best superhero movie ever. The Dark Knight movie has gone down as one of the most successful movies of all time, largely to the portrayal of the Joker played by Heath Ledger who sadly died just after rapping up filming, which in turn created a media frenzy surrounding the movie.
Fans have been frantically waiting for a sequel to the Dark Knight and rumours have been circulating the net before the previous outing was even released. Gossip mainly consisting of who the next villain(s) will be and who will play them.


The 411.........
Rumours and Gossip are really the only information you can find on this sequel at present as Christopher Nolan likes to keep things close to his chest.
Fan and bookie favourite for this sequel though is the Riddler! With actors such as Johnny Depp and Joseph Gordon-Levitt rumoured to step into them spandex green question marked pants. Even a ghastly rumour at one stage had Eddie Murphy as the Riddler, thankfully that was laughed off.

But is it the Riddler we really want to see? Nolan stated that the Joker WILL NOT be recast as no one could do the Joker justice after Heath Ledger. However Batman has a huge rouge of villains in his gallery. The question is which ones would fit into the more realistic approach Nolan has taken with the Batman movies.
I would personally like to see Dr Harleen Quinzel...AKA...Harley Quinn, who is depicted in most comics and animated series to be the girlfriend of the Joker, which could really keep the flow of the previous movie.

More rumours circulate that Two-Face may not be dead, I could bet money however that Nolan would rather move on from that character and introduce new villains even though Aaron Eckhart has stated that he would love to return to the role.
The Penguin and Catwomen have also been rumoured to play a part.

What is definite is that we will see Christian Bale (Batman), Morgan Freeman (Fox), Michael Caine (Alfred) and Gary Oldman (Gordon) return to their roles. Also Nolan is hoping to film the whole movie in IMAX format which was used in some scenes of the Dark Knight. IMAX is the highest resolution for a screen camera, it is very expensive and very heavy to handle, but gave the Dark Knight movie big kudos.

Fans were shocked to hear that it will be the last Batman venture for Christopher Nolan, even though the blow was softened by the news that he is indeed 'godfathering' the new Superman reboot which he will be working on with his brother Jonah.
If this is indeed his final Batman outing, expect fireworks and new box office records, as this is sure to be the movie of 2012!


Who do you want as the villain(s) in the next sequel? who would you like to see play them?
Leave your comments below!
Posted by Dempsey Sanders at 8:43 pm

I mean "Johnny Depp for RIDDLER"

Catwoman! I would really like to see her again! But not sure who should play her....

Angelina Jolie, Miley Cyrus and Megan Fox have all been rumoured with at leats one of them expressing interest Joe :)

I wasn't really too surprised to hear that this would be Nolan's final "Batman" film, mostly because he strikes be as a writer-director who has a lot of original stories in his vault that he wants to tell. He no doubt owes so much of his success to the opportunity he was offered with rebooting "Batman," but at the same time, I can completely understand why he'd want to move on.

This is the first time I've heard the villain Harley Quinn mentioned, and I must say, the idea sounds quite intriguing.

RE. Danny King
Thanks for your comment, I agree totally on what you say about Christopher Nolan, he does seem that sort of fellow, can't wait to see his and his brothers take on Superman.
As for Harley Quinn, she is hardley ever mentioned when it comes to who people would like to see as the villain in the next Batman, but I just think it would be better if its a villain we havn't seen on the big screen yet, and now its confirmed that he won't be recating the Joker, I personally think shes the perfect villain to carry out his revenge and his work into the next movie, along with some old favourites.
Thanks for your comment.
Dempsey

For me, Harley Quinn would be perfect for the next movie and I'd be really interested to see how Nolan would portray her.

The idea of Miley Cyrus as Catwoman however infuriates me, though I'm pretty sure he would never cast her!

I just love the Batman movies. They've done a phenomenal job on them. I trust their judgement to choose the very best to add to the cast. I've got high expectations! Thanks for the post!

thanks for your comment :)
I think after the success of Dark Knight, Christopher Nolan will know than fans have huge expectations of this one, and like you I trust their judgment, lets just hope they don't let us down x

Cant' wait. Dark Knight is among my top movies of all time. Easily the best superhero film ever made. Nolan already admitted he has no idea how he will top it but after his work on both movies and the near-masterpiece Inception, I trust his judgement.